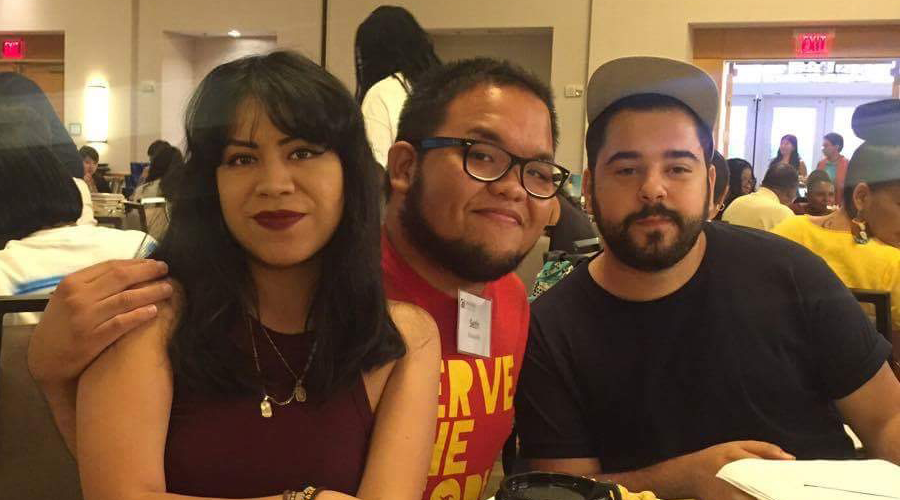 In August, three young adult leaders from Connecticut were selected by Open Society Foundation’s Youth Exchange to travel to Phoenix, Arizona to join leading organizers, advocates, scholars and journalists from across the country at OSF’s annual Soros Justice Fellows conference.  What are they bringing back to Connecticut as a result? Read on to learn more about personal discoveries sparked by their experience as well as their reflections on what’s needed to RUN (Relationships, Unlearning, and New Narratives) more powerful and inclusive social justice campaigns in our state.

Relationships. The Youth Exchange brought together 15 young leaders between the ages of 18-25 from around the country.  Nominated by current and former Soros Fellows, these young leaders are playing critical leadership roles at important movement organizations, including the BYP100 the People’s Institute for Survival and Beyond, and more.  One of the most valuable takeaways from the conference, Lucas explains, was the relationships forged with other Youth Exchange fellows: “the youth that were there built a really strong bond.”  Weeks later, Lucas explains, “we are still talking over Facebook and connecting with each other.  It was a really good group, working on different issues and struggles but open to learning about each others’ work and trying to find synergy in each others’ work.”

“I felt like I could talk to anyone in that room and have a conversation and connection with someone about our work, regardless of our age differences, and the relationships with the other youth Exchange members are especially strong,” explains Yanitza.  “It definitely beyond, ‘oh, you’re a cool person, let’s be friends.’  We continue to talk with each other and support each other around work and projects that are going on in each of our organizations, and also other areas of interest.  For example, as a result of conversations that we had at the conference, another Youth Exchange fellow and I are both working on compiling black and brown-owned businesses in our local communities.” 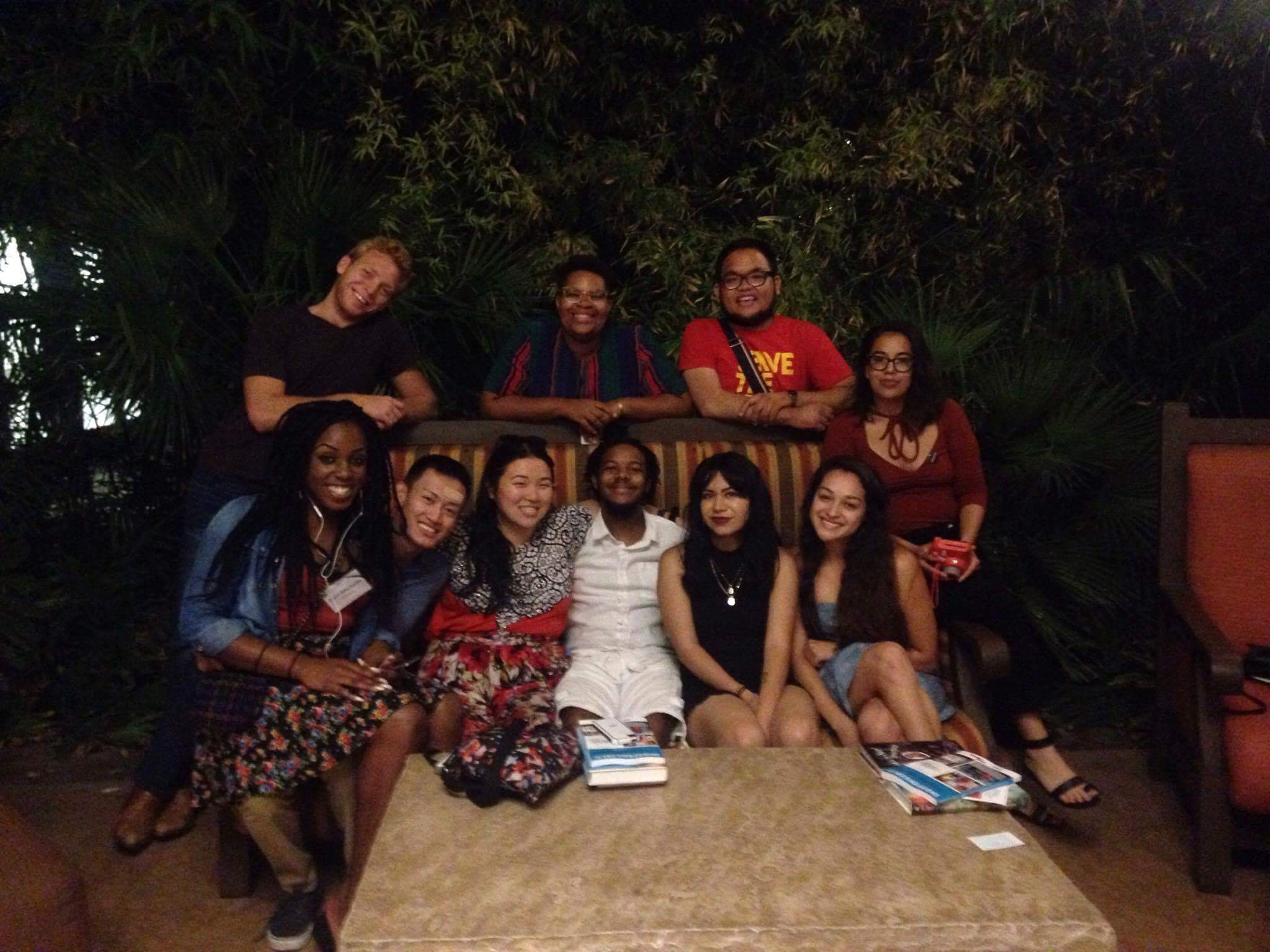 Farron, who was engaged in social justice education programs as a teen and spent two years abroad in the Peace Corp prior to becoming a youth organizer at the Youth Council for Justice, says she came back from the conference thinking more deeply about how to cultivate relationships of support and solidarity among groups who are similarly impacted by issues but too often do not work alongside one another.  “As I kept reflecting on what I learned during the conference the recurring theme for me was – okay, so how do communities, such as Blacks and immigrants, who are both suffering from privatized prisons and mass incarceration come together in solidarity? How can we support each other and use our networks to make effective change?”

Unlearning.  On the second day of the conference, Lucas attended a tour and site visit to Florence and Eloy, towns described as modern day “penal colonies” with more than a dozen immigrant detention centers between them.  “On the morning of the tour I was low key freaking out, but it felt like an important tour to go on.” Though Lucas and fellow leaders and members of C4D share the experience of being undocumented, Lucas shared the tours of the detention centers pushed him to “see conditions and relate to the stories on another level.  When I came back to CT, I called some of our leaders who have been detained to reflect on our experiences, and they really appreciated me reaching out.”  Going to the conference, Lucas explains, “made me really think about how to start building connections with other organizations in Connecticut and also across other movements working to reform the criminal justice system and dismantle the prison industrial complex because we are all being affected by these systems.  For us, it’s going to take some time to learn together and also do some unlearning together.  In our campaign sometimes we fall into the trap of the ‘good’ vs. ‘bad’ immigrant narrative.  We are good students, overachievers, deserve right to go to college.  Folks that don’t fit into that narrative sometimes get thrown under the bus, and our team is becoming more aware of that.” 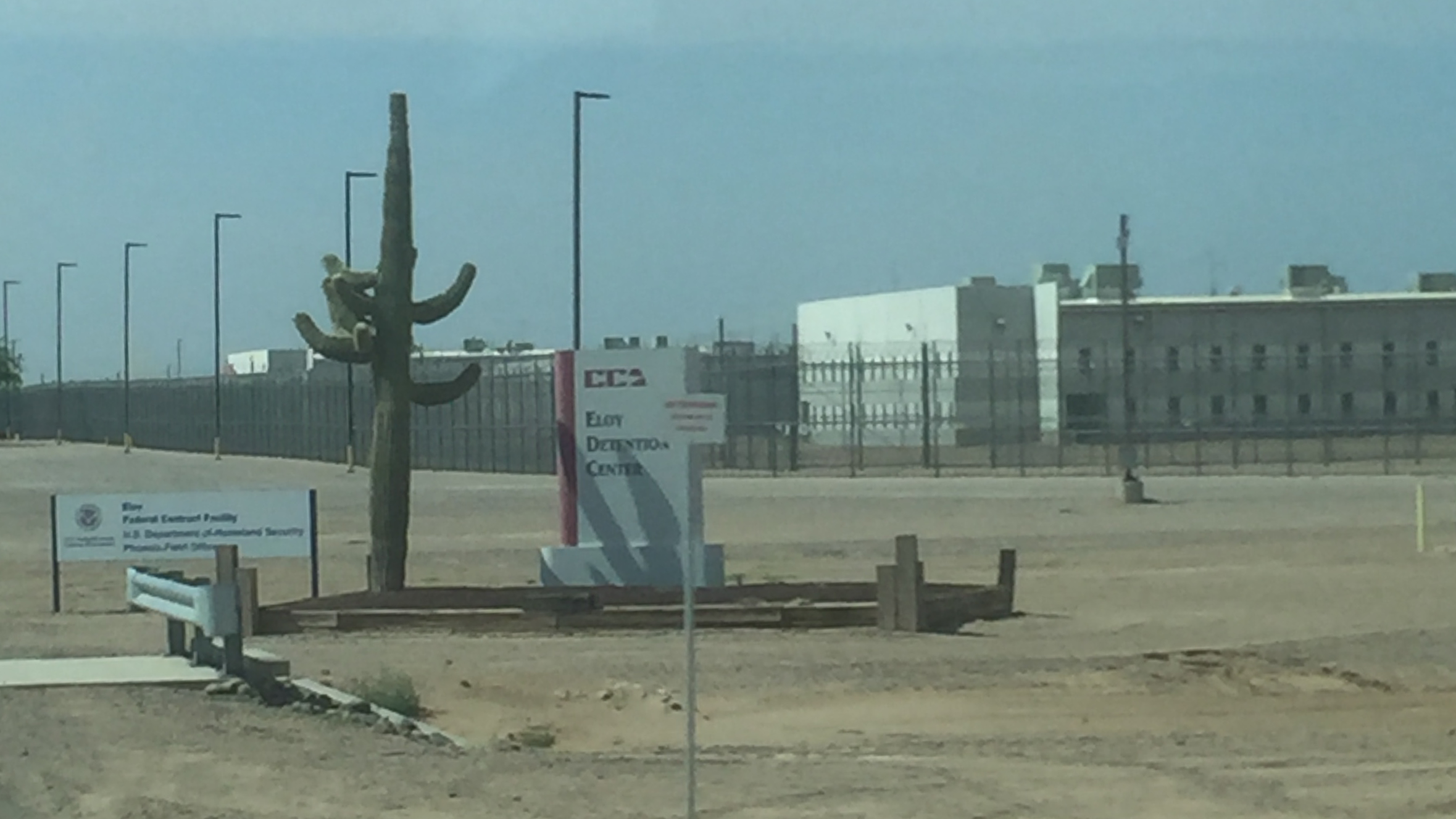 New Narratives.  For Yanitza, one of the most challenging and powerful aspects of the conference was a day-long training on public narrative: “It really intense to walk into a new space, with all these new faces and be expected to share very real vulnerable parts of ourselves in a very short period of time.  When you are sharing some of these things, it’s stuff that hurts, it’s reliving a wound.  People talked about their struggle being trans; I talked about my father being deported.” At the same time, Yanitza explains, “the workshop was eye opening.  As an organizer, I know the importance of stories. As an individual and as an organization we are good at recognizing that stories are powerful, but we don’t always connect to a sense of purpose of how we are using those stories.  If we are more strategic about how we tell the stories, it will move more people.  I’m actually using the framework and questions in an exercise we’re doing today with our youth leaders.  What is the story of me, of us, of now?”

The reflections that Youth Exchange members brought back – awareness of the intersection of the immigration and justice systems, the need to develop cross-cutting analysis and new narratives, and the importance of forging deep relationships in solidarity across issue areas – are particularly timely.  Just weeks after the Youth Exchange members returned from Arizona, the Department of Justice announced it would end the federal use of private prisons; the decree, however, does not apply to the hundreds of privately run immigrant detention centers around the country.  While Connecticut is not home to private prisons or immigrant detention centers, residents of our state have been incarcerated at private prisons and detention facilities out of state. As Yanitza noted, “as triggering as the [conference] was I very much appreciated being in a space that was so focused on immigration and justice reform.  The interconnection between those systems are really important and isn’t highlighted enough … it made that urge and desire to want to work together even more.  CT is small enough – we are too small, too close to each other not work together.” 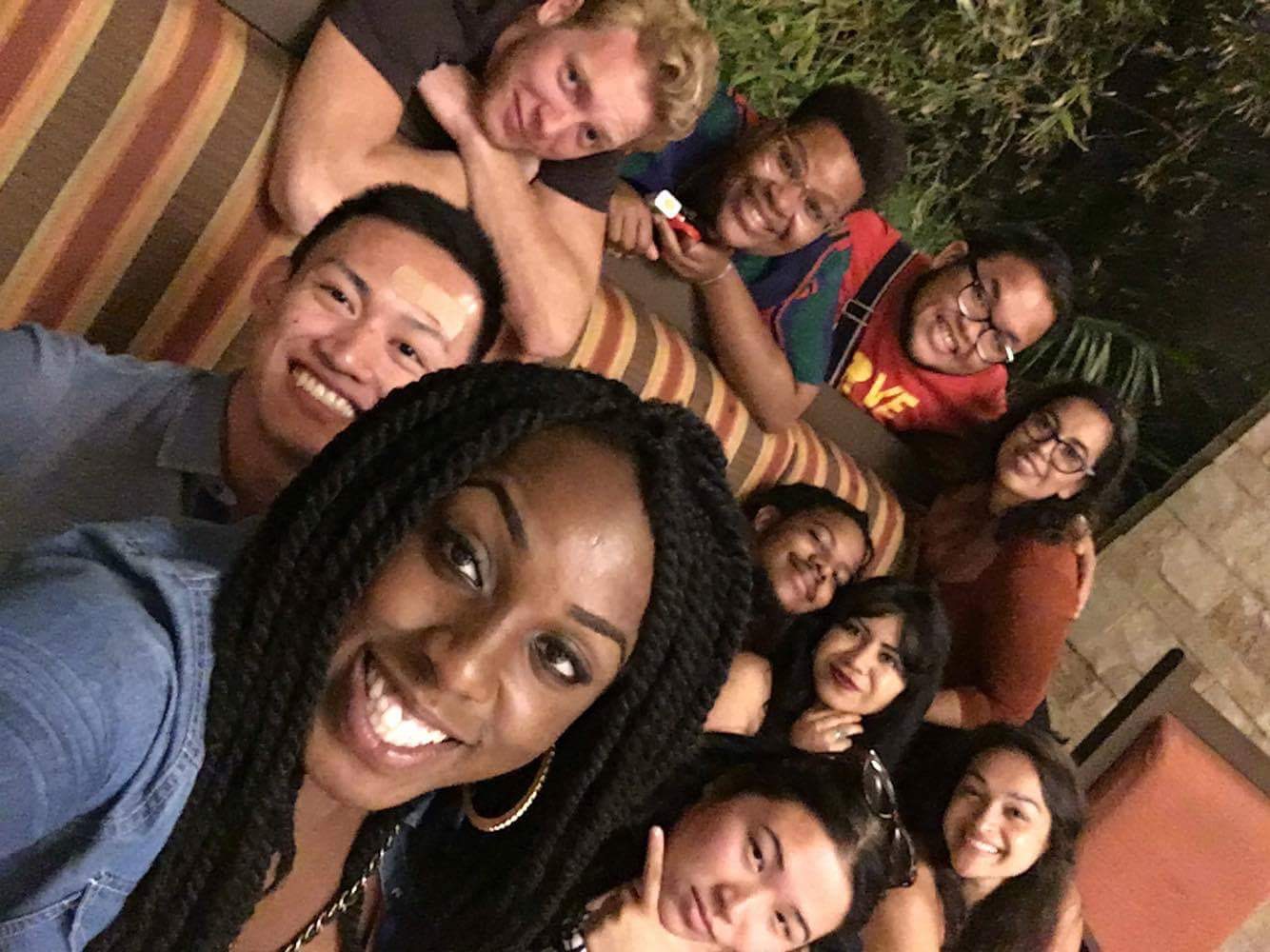