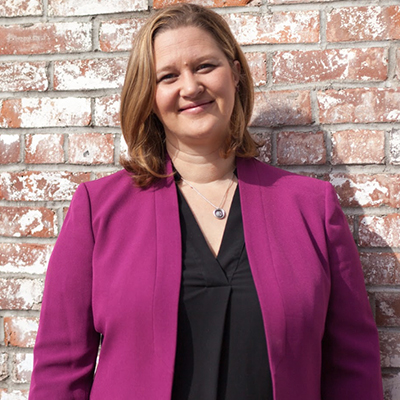 “The world is before you, and you need not take it or leave it as it was when you came in.” – James Baldwin

Laura McCargar was appointed as President of the Perrin Family Foundation in June of 2016. Laura joined the foundation in 2012 as a Program Officer, where she played a central role in designing the foundation’s youth-led social change grantmaking strategy and oversaw the development and implementation of capacity building initiatives designed to strengthen and expand youth organizing across Connecticut.

Laura’s work in the philanthropic sector and her deep belief in the power of youth-led social change is informed by her experience as a youth worker and organizer. Her commitment to social and racial justice was born and nurtured in her hometown of Oakland, California where she vividly remembers participating in student protests, walkouts, and facilitating know-your-rights workshops as a high school student.

Prior to joining the Foundation, Laura was awarded a Soros Justice Fellowship from Open Society Foundations to engage in research and organizing around the previously little-known role that alternative schools and adult education programs play in Connecticut’s school-to-prison pipeline. Before that, Laura served as the founding Executive Director of Youth Rights Media, a New Haven-based nonprofit organization dedicated to empowering youth to use media and organizing strategies to create community change. In 2007, Laura was awarded the International Reebok Human Rights Award in recognition of her outstanding efforts to advance youth justice.