An Organizer’s Story: “Truthful Education Around Identity and Race” 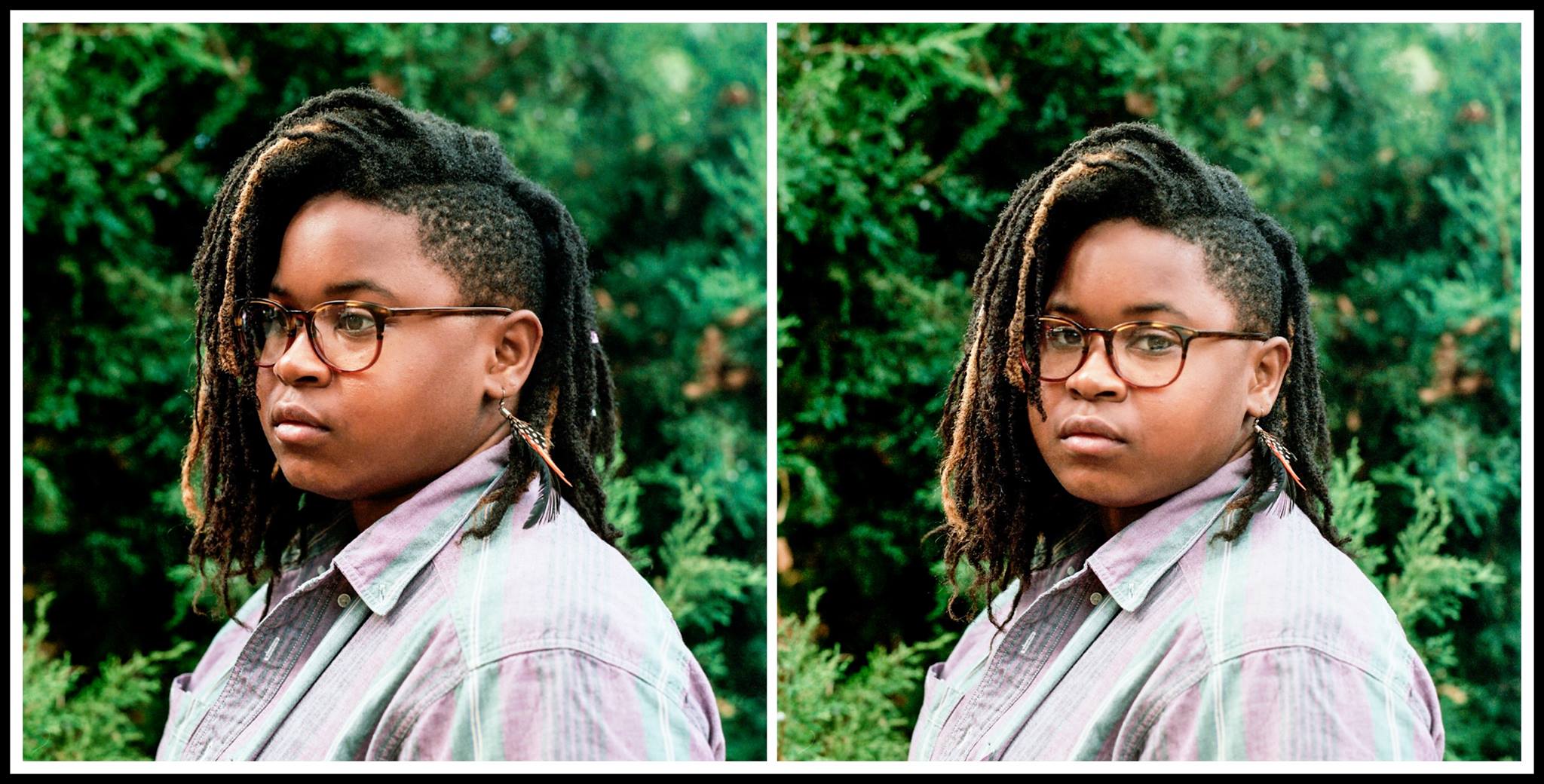 True change and transformation comes from within communities themselves, and as part of our commitment to elevating the voices and work of young leaders on the front lines of social change in Connecticut, we’re featuring Z Bell, a local community organizer here in New Haven. We learned about their experience organizing in New Haven and New York, as well as their personal connection to the work they do daily as an organizer and talented writer.

MM: Would you mind introducing yourself?

MM: How did you get your start in social justice work?

ZB: I was actually just telling that story recently – my first official start specifically in organizing work was around 2009 – 2010 whenever the aldermanic election was. The unions had backed a bunch of new aldermanic candidates, and I was doing canvassing work as a teen and learning the mechanics of canvassing and going door-to-door. I learned how to write a script, how to use a union numbers’ scale, get people on your side, see where people are – that’s sort of where I point to to say where I specifically started. But there are so many things to point to when it’s just a lifestyle you’ve taken on. I know in Kindergarten or elementary school, high school too, I didn’t have the language to understand that what I was doing was organizing. Being in a room and noticing something, the act of research, talking to people and getting something done – that can happen in a lot of different spaces.

MM: How did you find People for Racial and Ethnic Studies Today (PREST)?

ZB: It was a strange universe thing – I was doing consulting work with a family friend, and the Co-Creating Effective and Inclusive Organizations (CEIO) newsletter they had posted about Telling Our Story (TOS). That was the beginning of me learning about black history and identity in a safe and inclusive space. While TOS was founded by Hillary Bridges, I came on to the project later as Lead Facilitator. After a semester of TOS, we came up against some challenges with consistent attendance and we also realized that the type of conversations and learning we were having and doing should actually be available for ALL students. We were hearing from young folks about racist teachers who don’t look like them, and we were also hearing young folks that they wanted and needed more spaces to talk about their experiences with race and with identity in general. It’s honestly what everyone needs, but particularly for young students of color. Hillary and I co-founded the PREST Movement, and we have three main goals and one priority. The PREST Movement’s main goal is to prioritize youth-led organizing as a means towards true change in race and education justice in CT. That said, we are fighting for race and ethnicity studies to be a course requirement for all middle and high school students in CT. We also have a demand for more teachers of color and for anti-racism training for all educators and school staff.

After the one semester of TOS, we developed a 10-lesson political and historical education program that we’re still working on putting the final touches on – we want this resource to be available to our comrades and coalition partners as well. Moving forward, Hillary and I had decided that in order to create a pipeline of truth-based education, TOS would be most effective for elementary school students, while PREST for middle and high school students. The demands that young people have in New Haven are not brand new. The PREST Movement is new, but the goals we have have been put forward through students meeting with The BOE, student walkouts, student-organizing trainings. Hillary and I were and are just listening. And now, every Thursday, we have a group of 15+ young folks opening and holding space to talk about race, identity and history with others who are committed to seeing justice in these ways. 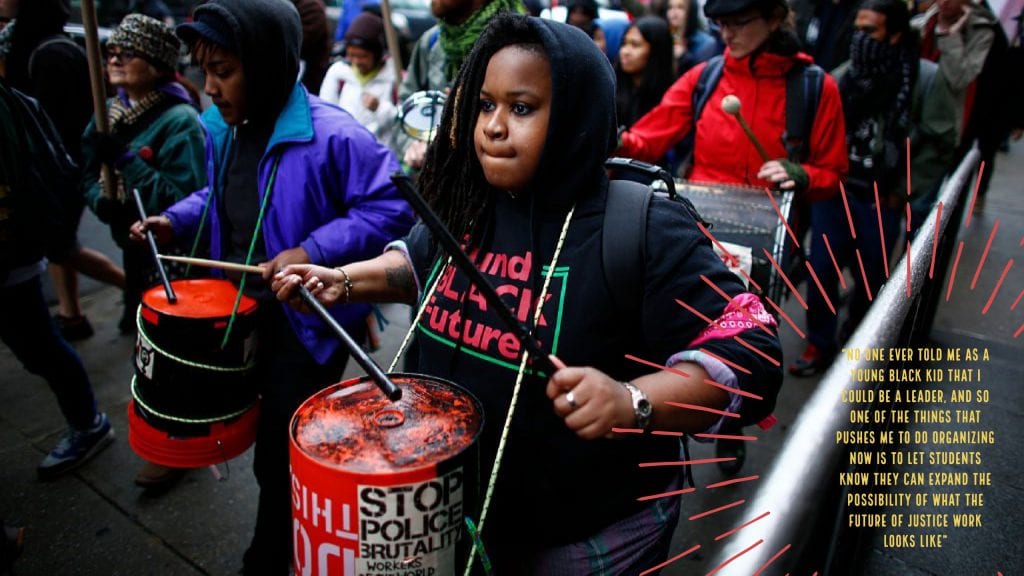 MM: Does the mission of PREST and the initial mission of Telling Our Story relate to your own experiences?

ZB: I go to a lot of classrooms to recruit and develop student interest. Education is one of my biggest privileges (for better or for worse); I went to private school, Hopkins, and experienced a lack of dimensional and truthful education around identity and race. It made me feel like I had to choose between my queerness and my blackness. I didn’t learn what the power of intersectionality could feel like in my body until college. The culture of Hopkins made me feel like I had to choose parts of my identity to be present with, instead of being full in, my identities to participate in my education. Being able to be your full self in the classroom affects what you’re learning, your ability to be present with the information, and what you hear.

If I’d learned all of this earlier, my sense of self and identity would’ve been stronger at an earlier age. There are mixed messages you receive growing up; you hear about how black people are expected to struggle in this country, and yet you can also be anything you want. Some people hear that but for those who do it can sometimes be a lie. No one ever told me as a young black kid that I could be a leader, and so one of the things that pushes me to do organizing now is to let students know they can expand the possibility of what the future of justice work looks like. No one told me that I could be a leader and do political justice training. So, it’s really important that I’m supporting students to learn and create options, to expand what they’re told is possible and what they think is possible.

MM: I’ve heard you say you have really strong ties to New Haven and the community here. How does your love of the city influence your organizing, if at all?

ZB: I definitely see those two things as inextricably linked for me. I left for school and did some organizing in New York with Brooklyn Movement Center. I came back around 9 – 12 months ago because my mom had passed, and because of all the trauma that surrounded me coming back, I was sort of bitter about it. Through work with PREST and CTCORE (CT Community Organizing for Racial Equity) – through gaining more roots as an older youth (I left at 18 and came back at 24), that’s changed. I don’t feel bitter, I feel like I’m supposed to be in New Haven, and that confidence trickles down into who I am as an organizer because I feel like it’s who I’m supposed to be. And because New Haven is such a college town, it’s uncommon in a lot of spaces to meet someone who’s organizing and actually from here, while I can sit down and say “I’m from New Haven”, so it definitely is exciting for me.

Being in NYC and part of the Columbia/Barnard institution and seeing how they caused a lot of push out and also being pushed out by Yale in New Haven, there’s a connection for me there. I think a lot about my institutional connections and that has a lot do with me being back here and being connected to New Haven as a city.

MM: What other endeavors are you working on?

ZB: I’m one of a few leads for the New Haven Chapter of CTCORE, and I also serve on their training team, and that’s important to me. I’m also on the training team for Black Youth Project 100 – our closest chapter is in New York, and I was working with a local chapter there doing healing work, but now that I’m here in Connecticut, and there’s no local chapter, I’m part of the national team. I’m also a part of the Organizer’s Path with CEIO, the Community Leadership Project with Graustein, and I’m the youth organizer with Common Ground. 2018 is a big year for me, it’s exciting. I’m also a poet and a writer, and I put out zines – I just put out another one at zbellpoetry.com! If people want to connect around writing, I’d love to connect, I’m always looking for more of a writing community.

ZB: I’d like to convey my passion about PREST – PREST is out here, we out here. The phrase “do all things with love” should be in this too; it’s how I try to live my life.