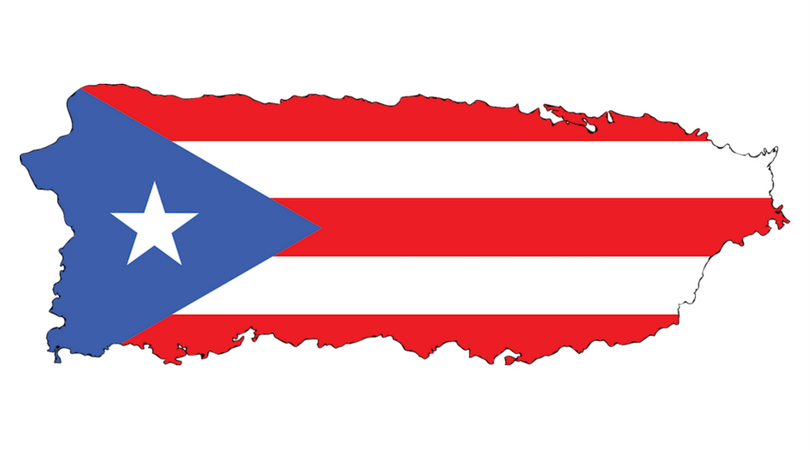 In spite of fleeting media attention, we must not forget about the people of Puerto Rico during this time of crisis. With more than 300,000 Puerto Rican residents, Connecticut has the sixth largest Puerto Rican population of any state in the U.S. According to CT Mirror, Hartford is the U.S. city with the fifth largest Puerto Rican population in the United States – about 42,000 – and Bridgeport is seventh with 32,000. Puerto Ricans are our neighbors, colleagues, elders and youth. They are our community. They are Americans currently experiencing a humanitarian crisis. One month since Hurricane Maria, and 1 million Americans on the island are without water and 3 million without power. The aid is not coming fast enough or strong enough.

Under such dire and forced circumstances, many Puerto Ricans are leaving the island to seek refuge. The population on the U.S. mainland is growing fast, and the devastation on the island is speeding up the relocation process exponentially. How is Connecticut prepared to support the potential population increase and needs? How are we unprepared to support and advocate on behalf of the imminent population influx and provide necessary resources? How are we creatively thinking of strategies to support Puerto Ricans, now composing 8.4% of the total state population and rising?

The current state of Puerto Rico is not solely a consequence of a natural disaster such as Hurricane Maria, but a long history of colonialism and marginalization, unveiling itself under the distress of the Hurricane Maria aftermath. Natural disasters may not discriminate towards where they are heading, yet the consequences of these catastrophes expose the underlying power structures, unacknowledged inequality, and injustices. The history of Puerto Rico and its relationship with the United States does not function in a vacuum free of historical, political, and economic implications. According to the New York Times, a recent national poll found that more than half of Americans do not know that Puerto Ricans are U.S. citizens. In fact, “Puerto Ricans became U.S. citizens under the Jones-Shafroth act – this way the U.S. could deploy them as troops during World War I (similar to how the Emancipation Proclamation legalized the Union’s use of black troops).” Although now U.S. citizens, Puerto Ricans cannot vote for president or elect voting senators or representatives to the U.S. Congress.

At the Perrin Family Foundation, we envision a Connecticut where young people are vital leaders in creating safe, healthy and just communities. The challenges arising in the Puerto Rican community, will no doubt directly impact the lives of youth via catalyzed changes in their lives, including but not limited to the need to provide food and shelter for newly-arrived family members, accessing new housing for relocated families, increased enrollment in schools that are already under-resourced, increased needs for Spanish speaking resources in schools, hospitals, and government institutions to name a few. The future of our Puerto Rican youth will be heavily impacted by the decisions we make today. In philanthropy, we have a responsilbility to listen to youth and community leaders and partner with them to address real time and long-term community needs outside of the isolated bubbles of our offices and boardrooms. We must also ensure that responses take into account deeply rooted historical and political inequities and ensure that support extends to intentional and thoughtful efforts for long-term change, not just immediate relief efforts providing a band-aid solution.

In the face of great adversity, the people of Puerto Rico possess immense power, strength, resistance and resilience. It is urgent that we the people of Connecticut, and especially those in philanthropy, meet our fellow Americans, with fierce conviction and tenacity to support them in this long road ahead to recovery and a more just future. The Perrin Family Foundation extends our heartfelt sympathy to all those who have been affected by Hurricane Maria on the U.S. mainland and the island, and we remain committed to supporting communities in Connecticut impacted by these challenges.

We stand as allies with the people of Puerto Rico, and want to share some ongoing and upcoming opportunities to take action whether you work in philanthropy or on the ground:

We Stand With You Rapid Response Mini-Grant: The Perrin Family Foundation created this rapid response mini-grant program to respond to urgent and emerging needs as defined by our most vulnerable Connecticut communities. Groups supported by this mini-grant must be seeking to implement or already implementing youth-led social change. The purpose of this mini-grant is to be an ally, support, and empower those responding to current and emerging threats, harassment and trauma related to manifestations of oppression in a specific community. The mini-grant provides urgent support to groups planning special gatherings, community meetings, non-violent direct actions, crisis response or community healing to address the physical, social, emotional wellbeing and safety being threatened in targeted communities. Funds from this mini-grant may cover the cost of food, venue, materials, permits and other key costs related to success of the project. Rapid Response mini-grant awards are up to $5,000.

¡Palante! The Struggle Continues! On November 10th – 11th, PFF grantee partner Citywide Youth Coalition in collaboration with the Yale US Health Justice Collaborative, and Yale Forestry’s Environmental Media & Arts Student Interest Group will be hosting a series of events and film screening with Iris Morales, JD, Puerto Rican community activist, attorney, educator, director, and author. As a member of the Young Lords Party in 69’, she fought for better social and political conditions for her Puerto Rican neighborhood, including better housing, education and improved health care.

Event for CT Philanthropic Institutions: Connecticut Responds: Families Arriving in the Aftermath of Hurricane Maria and Irma 11.2.17: The Connecticut Council for Philanthropy and the United Way of Central & Northeastern CT are teaming up for a conversation about what funders are doing in greater Hartford, New Britain, Waterbury, Bridgeport and New Haven, what plans are being made, and what opportunities are there for aligning the work. For more information contact Dee Goodrich, Director of Member Engagement, 860-525-5585.

Ways to support the Puerto Rican Community short-term and long-term:

Arte Inc.
Arte Inc. is a not for profit organization dedicated to developing and promoting Latino art, culture and education. In collaboration with the City of New Haven, New Haven Latino Council, and Puerto Ricans United Inc. a fundraiser for Puerto Rico is currently happening via go fund me.

Connecticut 211: The United Way of Connecticut is doing relief work, supporting people via their 211 system and many communities are seeing an influx they expect to grow next month. Attached is the “Information and resources FOR Individuals Arriving in Connecticut from Puerto Rico and the U.S. Virgin Islands” in English and Spanish.

Hurricane Maria Community Relief & Recovery Fund – housed at the Center for Popular Democracy (CPD). One hundred percent of monies raised will be used to support immediate relief or long-term equitable rebuilding in Puerto Rico for the communities hit hardest by the storm. Grassroots organizations have determined that, aside from initial emergency funding, grants from the María Fund will be decided by a committee made up entirely of Puerto Ricans, 50% from the island and 50% in the diaspora.

Make the Road CT Puerto Rico Advocacy: MRCT has been convening a group of national organizations to fight for the people of Puerto Rico and hold accountable debt holders that helped create a humanitarian crisis on the island. Lead Organizer, Julio López Varona has been able to coordinate national actions on the crisis. In CT, they have been educating Puerto Rican members of the community about the importance of supporting families back on the island.

Unity March for Puerto Rico 11.19.17 The mission of the Unity March for Puerto Rico on November 19th 2017 in Washington D.C. is to stand in unity against unjust laws that have been systematically oppressive and crippling to the people of Puerto Rico and the socioeconomic growth and sustainability of the island. If folks are interested in traveling by bus from CT, please reach out to the Puerto Rican Agenda. They are looking to fill buses from Hartford, New Haven, and New London.

The Help Center for our Caribbean Friends (Centro de Ayuda Para Nuestros Amigos Caribeños). Displaced families and children, who are relocating to the Hartford region from Puerto Rico and the Caribbean islands as the result of recent hurricanes, can now get services and supplies at no charge at a temporary center. The center will open on November 1st 2017 at 15 Van Dyke Avenue, Hartford CT.

The Progreso Latino Fund (PLF) at the Community Foundation for Greater New Haven, in partnership with a Latino-led global fundraising campaign, is sending emergency disaster relief to Puerto Rico and Mexico.

This is a constantly evolving and regularly updated list of opportunities to support Puerto Rico. The information is provided by Cenadores PR a 501c3 non-profit organization that harnesses the cross-sector connections, technical expertise and passion for Puerto Rico in the diaspora to strengthen civil society on the island.